A lovely custom in Shinbyu ceremony

“Shinbyu” is the Burmese term for the novitiation, a traditional custom for Myanmar people, to put their beloved children into the practice of sermon of Buddha. In the Shinbyu ceremony, “Shin Laung Twin” is one of the procedures of the event. Firstly, the novices to be are dressed in ceremonial clothes and ushered in front of the audience.

A lovely custom in Shinbyu ceremony 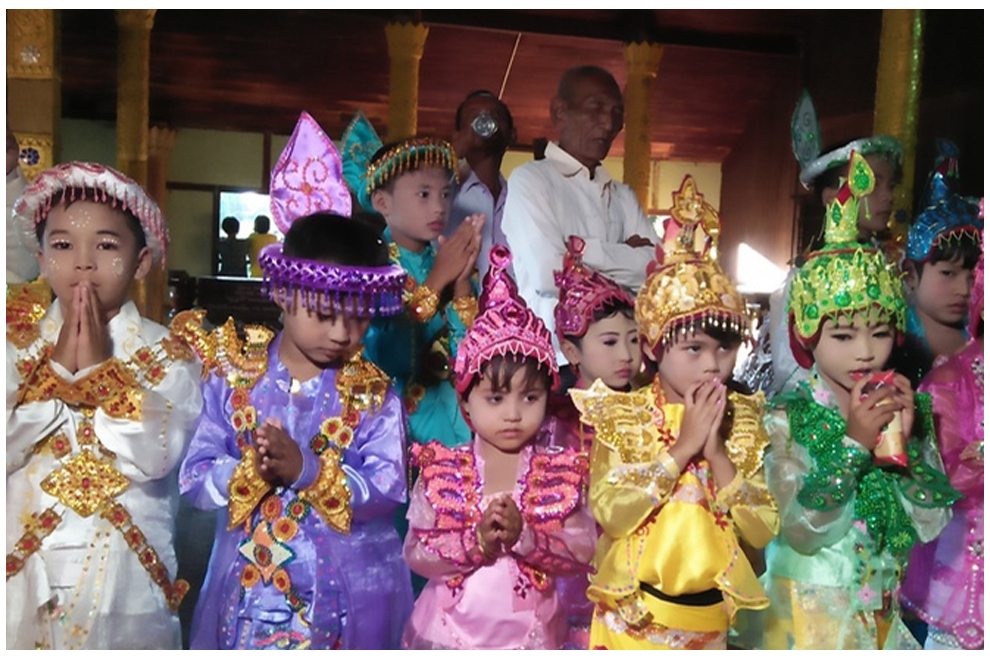 An old man in white taikpon, national attire, murmuring something very melancholic and standing behind some of the novices to be who are standing in a row, made their hands in lotus shape, in front of the Lord of Buddha, is outstanding among a huge crowd. Faces of monks, who are taking seats, in front of the Buddha Statue, are unhappy. It seems to me all the audiences, such as parents of the novices to be, relatives and some guests, are tears welling in their eyes, listening to the melancholic murmurings of the old man as if they are remembering someone. Some old women can’t control their emotions and stealthy wiped out their tears with the towels on their shoulders. It is a scene from a Shin Laung Thwin ceremony, which was held at the monastery, located at the top of a village, in upper Myanmar.

“Shinbyu” is the Burmese term for the novitiation, a traditional custom for Myanmar people, to put their beloved children into the practice of sermon of Buddha. In the Shinbyu ceremony, “Shin Laung Twin” is one of the procedures of the event. Firstly, the novices to be are dressed in ceremonial clothes and ushered in front of the audience. Then, monks recite, Paritta generally translated as "protection" or "safeguard," refers to the Buddhist practice of reciting certain verses and scriptures to ward off misfortune or danger, as well as to the specific verses and discourses recited as paritta texts, to prevent all the bad things happen to the novice to be, putting a cotton string which is called, “Min Ko Chi” around the neck of novice to be. (The practice of reciting or listening to the paritta suttas began very early in the history of Buddhism.) Then, the novice to be is requesting permission from the order of Monks, Sangha. Moreover, they recite the Yadu, a poem which reveals, the stories of Buddha to be, but their style of reciting the poem is so unique. 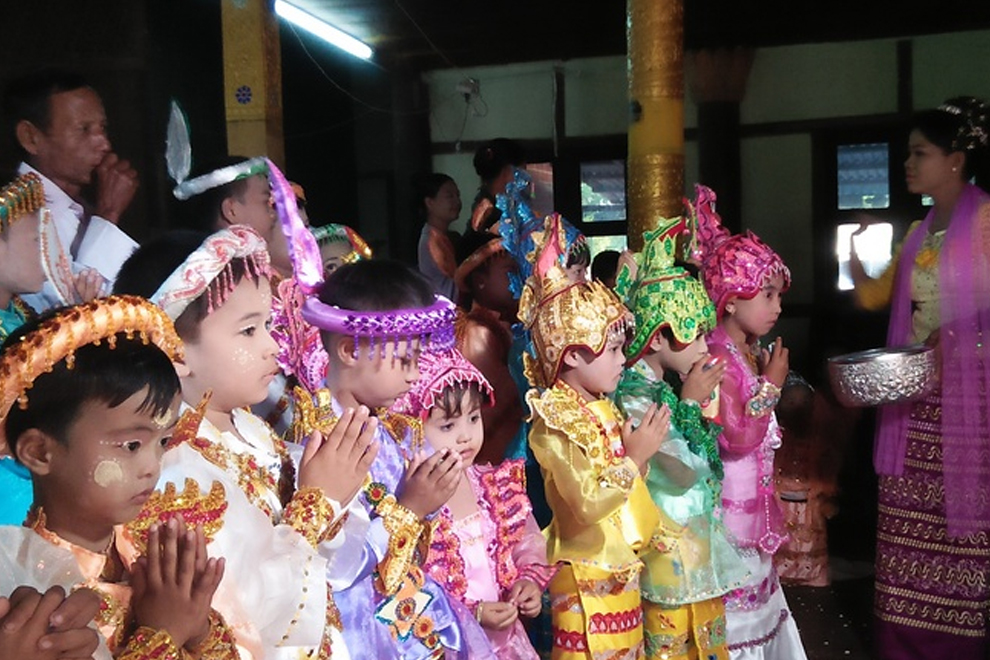 With the merit of the “Shinbyu” ceremony, all the relatives, who live remotely, are reunited again, and it is the time of happiness for them, to conduct meritorious deeds altogether. The traditional Buddhists trust this meritorious deed can be fruited in the life of the hereafter, and support their lives till they realized the ultimate truth, or realized penetratingly the Nirvana, the last ambition of the Buddhists. In the meantime, the family members, who made this donation, do remember their relatives, who had already passed away. A suffering thought has occurred to them; if their relatives passed away, they should have still alive, now, they could have shared these meritorious deeds, and these thoughts were profuse them tragically.

The old man is reciting a poem, which is some kind of Yadu, a Burmese form of poetry, consists of up to three stanzas of five lines, and it has prudent meanings in the way of supramundane, beyond the physical world, but, it also has aesthetical meanings to the people, who hold a sober view of life, seriously. Finally, the Yadu urge the listeners to make a great effort to realize the Nirvana. 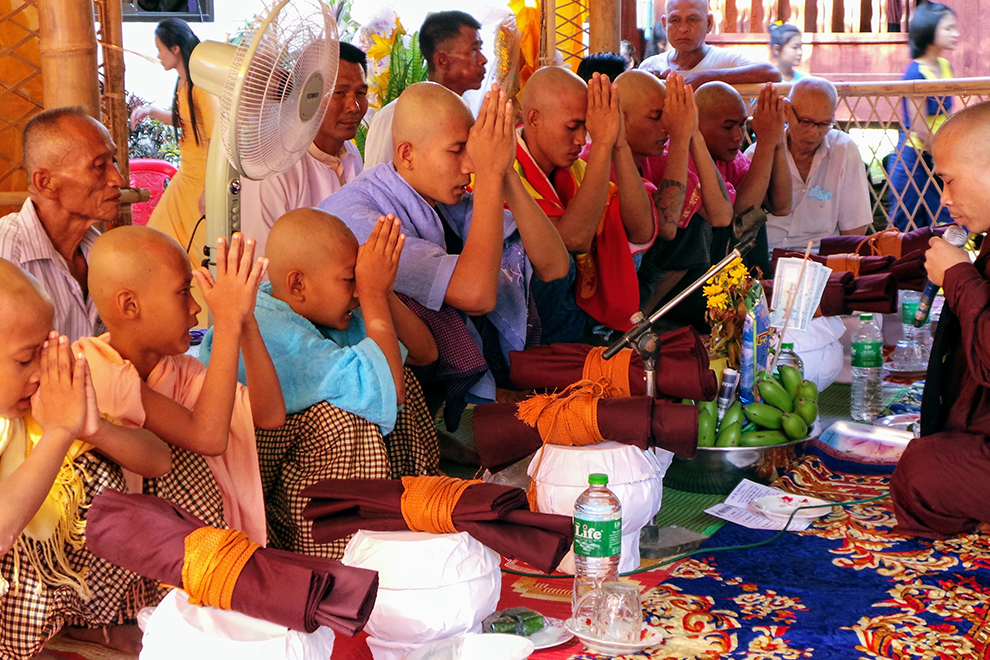 The “Shinbyu” ceremony, a great and splendid celebration, which should be attended by the grandparents, as it intends to conduct the meritorious deeds that will prevent the doers from the four abodes of unfortunate creatures, nevertheless, the grandmother cannot attend this “Shinbyu” as she had already passed away. All the audience knew about this background tragic story and the Yadu of old man, which is emerging in a very melancholic manner, is making them unhappy as if a strong man is grabbing their heart intensely. This kind of “Shin Laung Thwin” custom can be seen rarely in the cities, and you can watch this ceremony in Meiktila, Thar Si, Ma Hlaing, and Wundwin townships. What I presented above is a “Shin Laung Thwin” ceremony which was held in Shwe Twin Tu Sel village, Wundwin township.