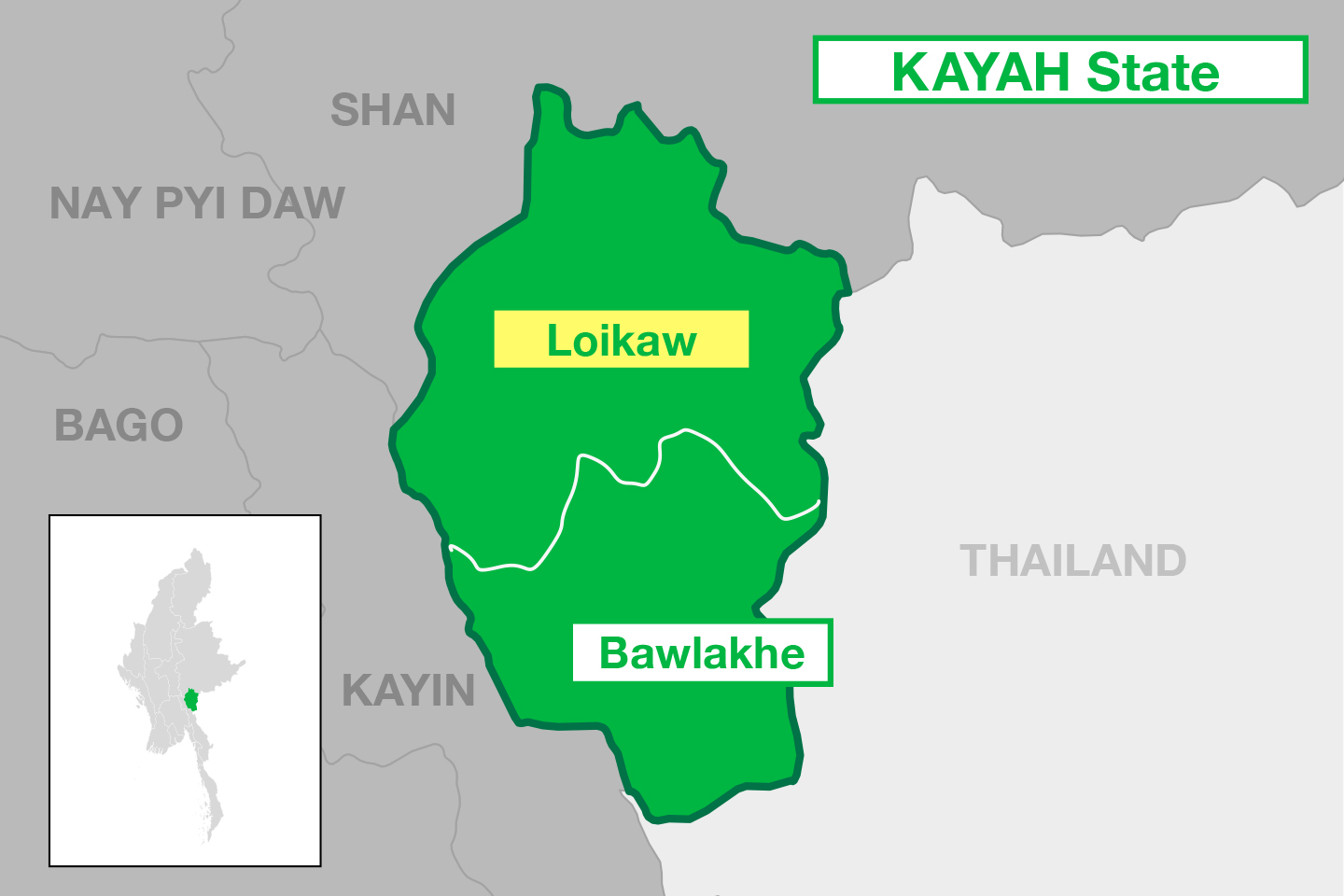 This is the smallest Region in Myanmar. The capital city’s name is Loikaw, and it is located in the eastern side of Myanmar – also known as the Northern Shan state. The location is also very near to the Eastern side of Thailand’s Mae Hong Son province. The landscape is peppered by mountains and is crossed by the Thanlwin (Salween)river, which is one of the main waterways in the area. The Dawna Range and the Karen Hills, also known as "Karenni-Karen" mountains, are separated by the Salween River while it flows through the Karenni (Kayah) state. The Balu Chaung flows from the Inle Lake and into the Than Lwin River, and then eventually joins with the Salween.

There is a newly-opened airport that caters well to the tourists. Most visitors arrive in the capital of Loikaw from Yangon through flights. Access is available by boat or road from Inle Lake, or through the roads from Heho Airport. It takes around one hour to fly from Yangon to Loikaw. The city now has flights coming and going almost on a daily basis through Air KBZ and Myanmar National Airlines. Tourists can go from Nyaung Shwe / Inle Lake to the Pekong Pier, and then choose to change to a taxi or minivan to Loikaw for a trip that approximately takes 45 minutes. The travel time from Nyaung Shwe to Loikaw when using a personal vehicle takes around 5 hours, and up to 7 hours with public transportation options. It is also possible to travel to Loikaw by road from Yangon city. This journey would usually take two days, with an optional but recommended overnight stay at Taungoo. 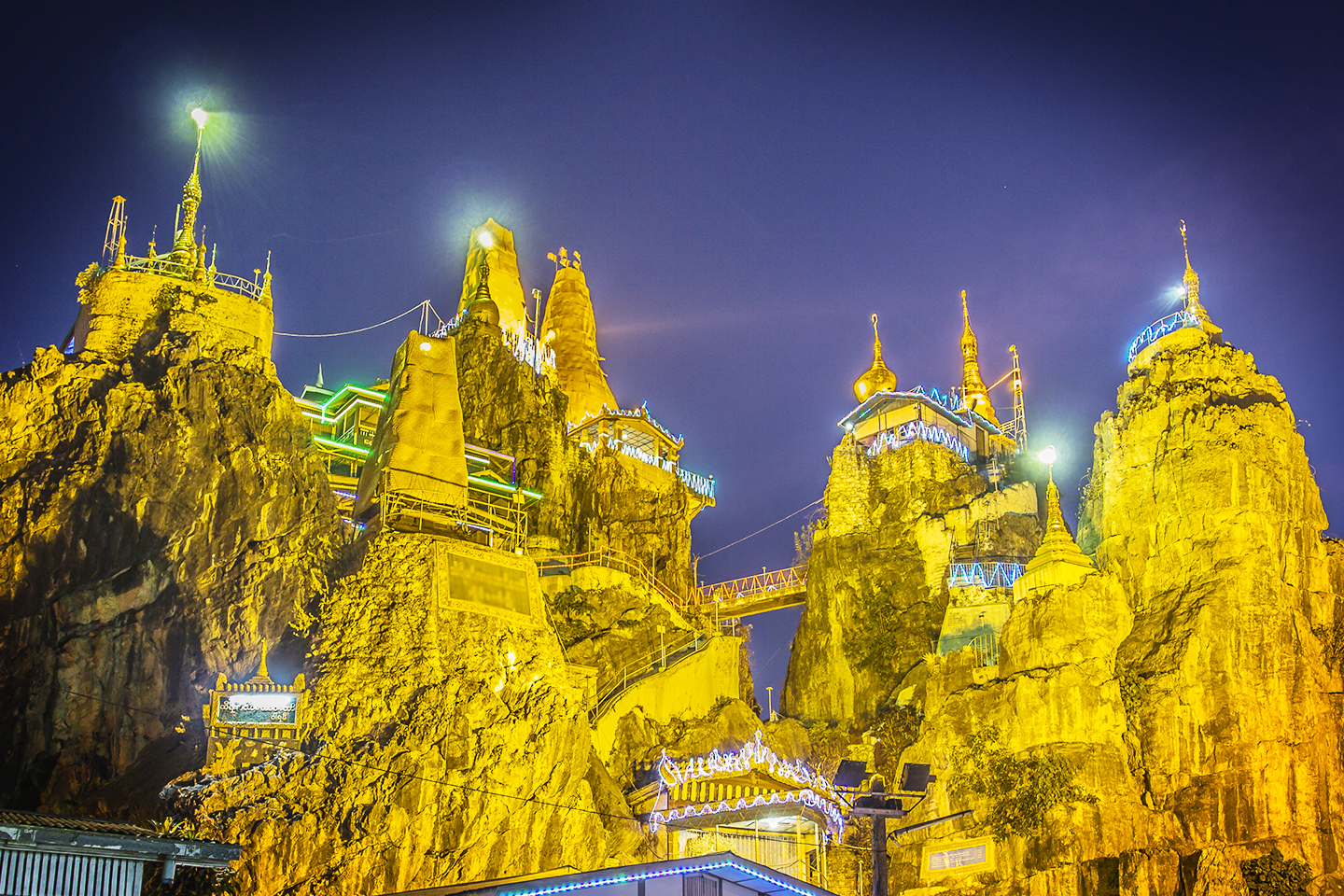 Being situated along Daw Na Street, this marketplace has many delicious indigenous food and the usual Burmese tea shops. It is fairly easy to purchase warm and fresh produce. Although, it is important to be careful when making choices. For people visiting Myanmar for the first time, it can be quite a challenge to avoid certain and common travel risks.

The cave is situated about 12 miles towards the eastern part of Loikaw, and is roughly 2,990 meters above the sea level. It is a magnificent and organic cave constructed out of limestone and dolomite materials. Very old coffins made out of wood can be discovered internally within the cave. The coffins are approximately 2 to 15 feet in length. Based on the local stories, these wooden coffins previously housed people’s skeletons. Unfortunately, these relics cannot be found anymore.

The waterfall is a one-hour driving distance towards the western area of Loikaw. It is an organic waterfall that bisects the Nant Tan Bat Creek, near the shared borders of the Shan and Kayah states. The local population like to visit the waterfall. This is most definitely true during the New Year holiday season in April. Tourists are required to use shorts and t-shirts during swimming, as opposed to wearing bathing suits.

These spots can be found around 12 km towards the eastern section of Loikaw. They have incredible views of cascading water features that are a sight to behold. A lot of fish can visibly be observed beneath the magnificent bluish waters. A hydropower plant is also present there to provide electrical power to various areas within Myanmar. Foreign tourists are required to ask for permission to be able to go to the Lawpita Falls, which is usually accessed through local tour agents.

This cave was discovered back in 1948. Based on local stories, an indigenous person had a vision of the cave within a dream and embarked on a mission to look for it. The cave has a depth of 110 feet, a width of 100 feet, and a length of 300 feet towards the eastern direction, and a length of 500 feet towards the west and a height of 30 feet. A pagoda was built by the local population approximate to the cave. By the beginning of the year 2013, a number of pilgrims have constructed additional pagodas to attract better health, learning, and riches. At the moment, there are currently 15 pagodas and 254 statues within the cave. The cave is widely known as a spiritual place. As such, all of the visitors present in the area are expected to dress in s conservative manner.

The dam can be found in the Demawsoe township, 12 miles towards the southern direction of Loikaw. It was constructed in the year 1962. It is the primary dam for irrigation purposes within the Demawsoe area. It is a gorgeous destination to use as a backdrop for taking photos of the golden, silver and ruby-colored mountains.