I would like to write about a place which is not too far from Yangon for this time. For those who have to work the whole week, the one and only holiday, Sunday would be very precious for them. They only have this one Sunday to rest and relax but having only one holiday would be too short to travel. So, I would like to suggest those people take a road trip or take a rest at home. 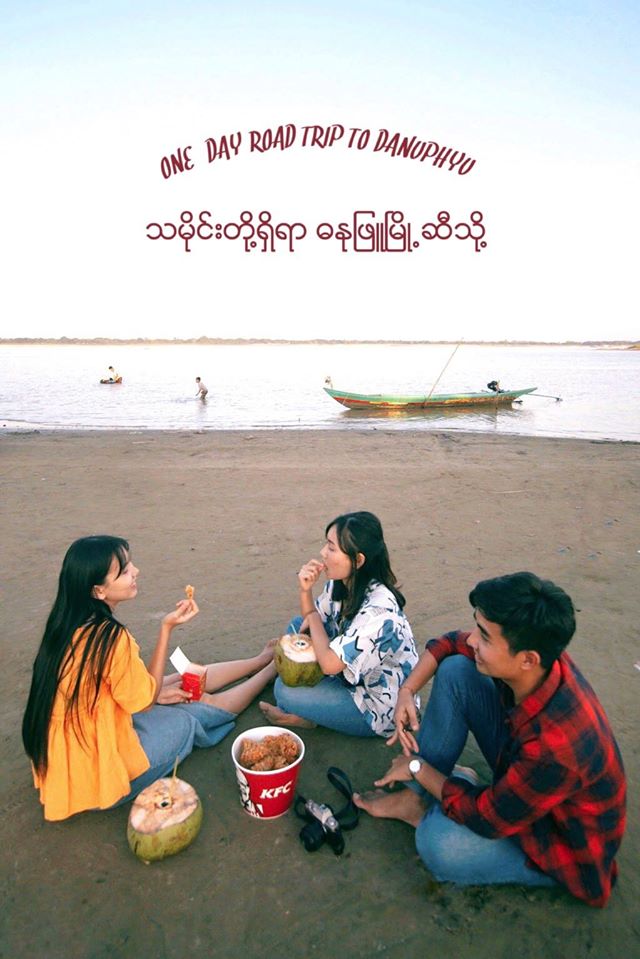 I would like to write about a place which is not too far from Yangon. For those who have to work almost6 days a week, the only holiday that is Sunday would probably be very precious to them. This is the only time available to rest and relax, but is way too short to travel on. So, I would like to suggest for those people to take a road trip rather than to take some rest at one’s home.

I am really into road trips these days, so I started to refer back to my travel diaries and decide where to go next. I have been to a lot of places on a short trip that only takes a day to complete. Every year, my family and I would go to the Za Lon Pagoda, but we haven’t been there this year so I planned to go there for my next road trip. I called my friends to join me, and then we started our short adventure to the historic city of Da Nu Phyu. I’ve written about the Ohnmar Dan Ni beach, which I also visited last time whenever I was in Da Nu Phyu.

However, I personally think that other historical places in the area are even much more interesting than that beach. In my opinion, I don’t really think that the Ohnmar Dan Ni beach is not all that, but it is still worth paying a visit especially in the evenings, where once can just sit on the beach and enjoy the breeze.

So, let’s get started on our road trip.

On the way to Da Nu Phyu 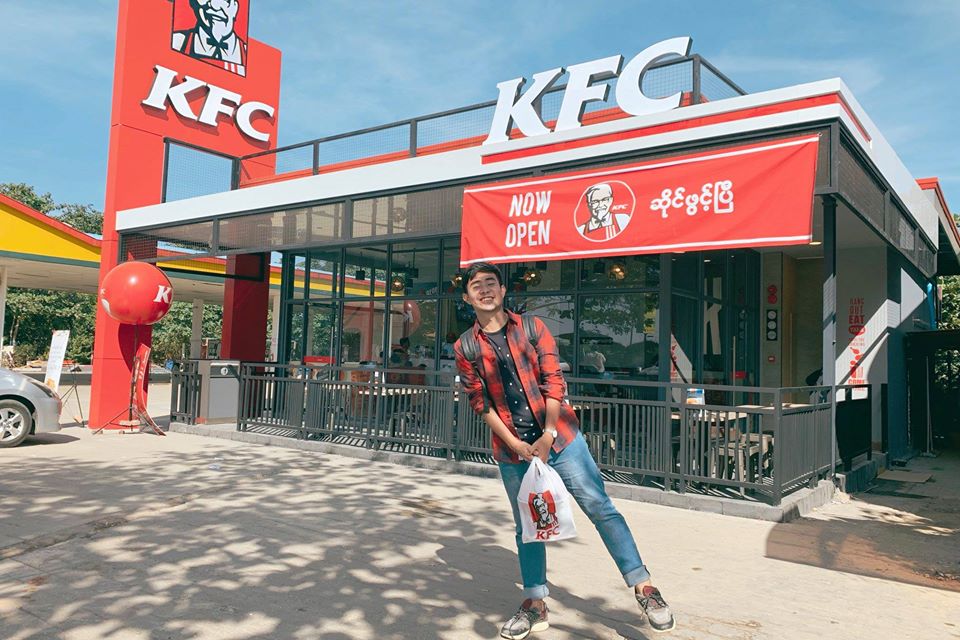 To be honest, I remembered that I actually promised to run a marathon before deciding to take a road trip. At that time, I was in between the schedules for the marathon and the road trip, so I had to convince my friends to take the trip with me after the marathon. We departed from Yangon right after the marathon ended, so it was already around noon. My friends and I took off in one of my friends’ car that was filled with petrol, and then made our way to the Dagon Aye Yar car gate at Hlaing Thar Yar.

We went straight through the Yangon – Pathein highway all the way to the Ayeyarwady division. Before reaching the Bo MyatHtun bridge from Nyaung Tone, there is a junction splitting the roads to Pathein city and Hinthada city. You have to choose the right side that heads to Hinthada and will eventually take you to the historic city of Da Nu Phyu. I was starving since I just ran a marathon that very morning, so I had to find somewhere to eat. A recently opened KFC fast-food restaurant was near that junction, so we had fried chicken for lunch without any hesitation. 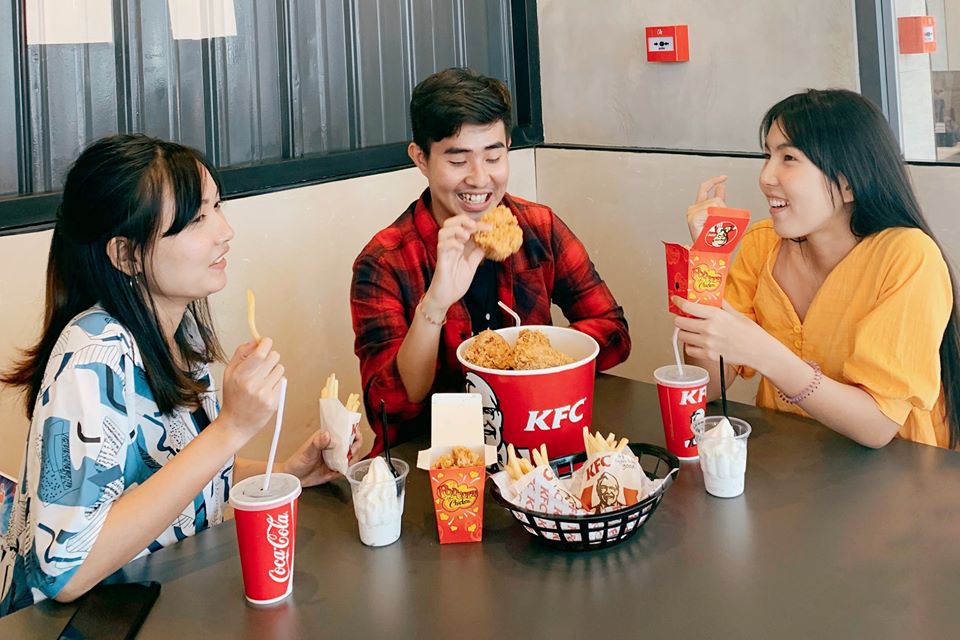 I think it is pretty convenient to have these eating spots as fast food restaurants have been opening lately on most of the highway roads in Myanmar. You can’t deny that fast food restaurants are an easy option to go with when deciding what to eat or when you don’t have too much time for stopovers and end up ordering takeaways. After eating there, we continued our trip to Da Nu Phyu. We wanted to pay our obeisance at the Za Lon pagoda, and drove for about half an hour more to arrive there. 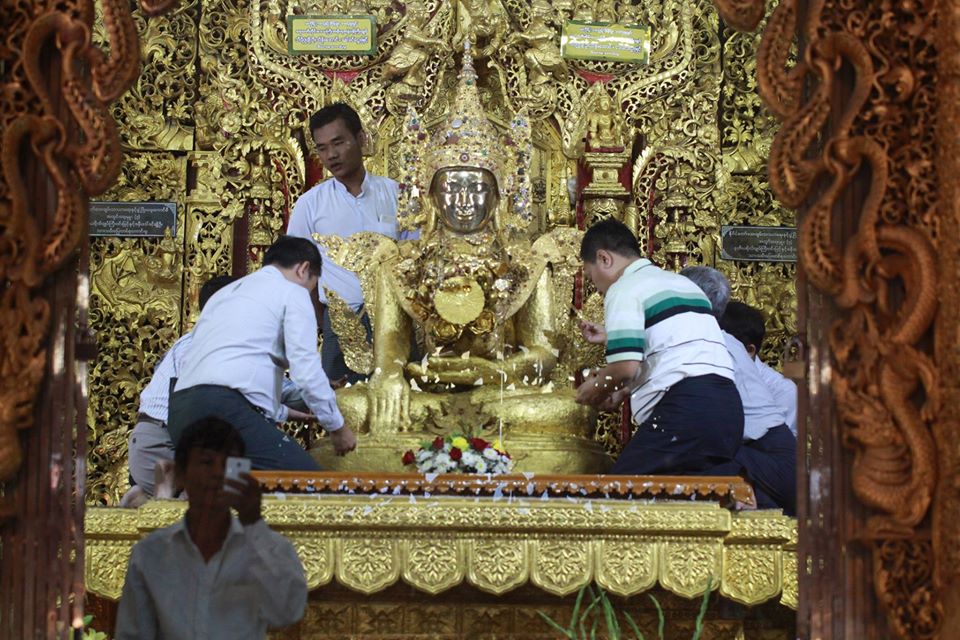 Most people might have visitedthe Za Lon pagoda as it is quite a popular destination in Myanmar. It is only a 45-minute drive from Da Nu Phyu proper. The Mar Aung Myin pagoda is also a fascinating place to visit that has so many ancient things to wander through. You should also pay a visit to the Shwe Thar Hlyaung pagoda along with the relics of Arhat, U Thi La. My friends and I paid our obeisance at the Za Lon pagoda, and then went back to Da Nu Phyu as we wanted to explore the heritage spots there.

What is Da Nu Phyu?

The Da Nu Phyu city was once called the Daung Phyu city. The city was one of the 32 cities of King NayaPatiSithu from the Baganera. Mon, Kayin and Bamar natives lived there during the old times, and it was the capital from where the King of Mon peopleruled from. With these facts, Da Nu Phyu city is believed to be one of the most ancient cities of the Ayeyarwady division.

This antique city is said to be shaped with four territories within the Da Nu Phyu poem. These territories are:

Dragon from the east

Doctrine of Buddha from the west

Pagoda from the south

Sword from the north. 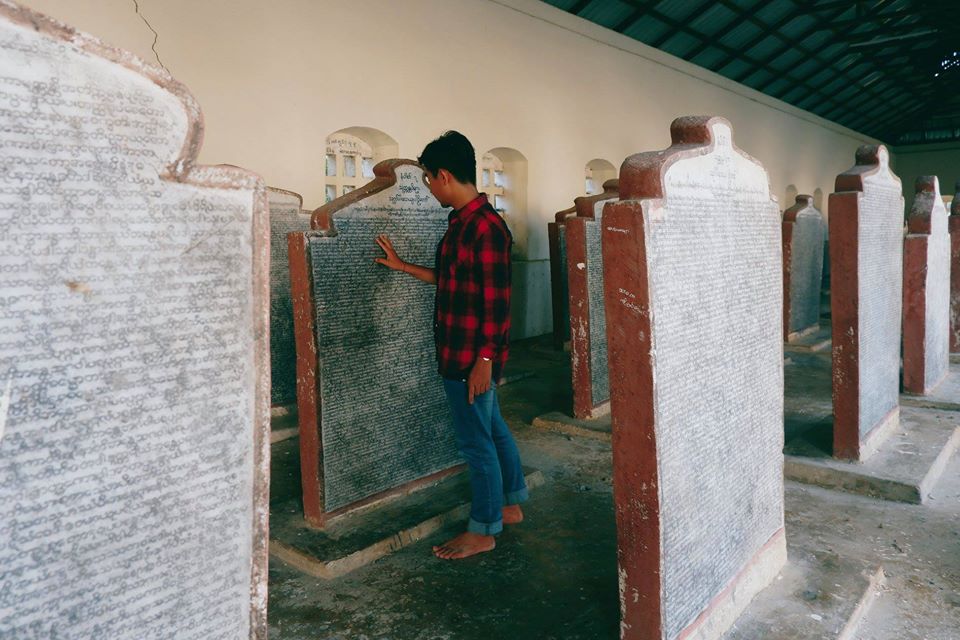 This place is not well-known, but is considered to be a historical ancient heritage. The three repositories of Buddhist Scriptures were inscribed on a stone tablet and were kept in four reliquaries. There are a total of 399 stone inscriptions, and they stand for the word doctrine of Buddha from the west as is mentioned in its motto. The Pyay Lone Chan Thar pagoda is also built in the middle of the compound.

At the back of the buildings, there is a place called Than Ta Saung which, is also a historic site.It is on the left side of the road if you are coming from Yangon. There is an information board that mentions the key details of the place, but it is not that visible so you will have to look for it thoroughly. 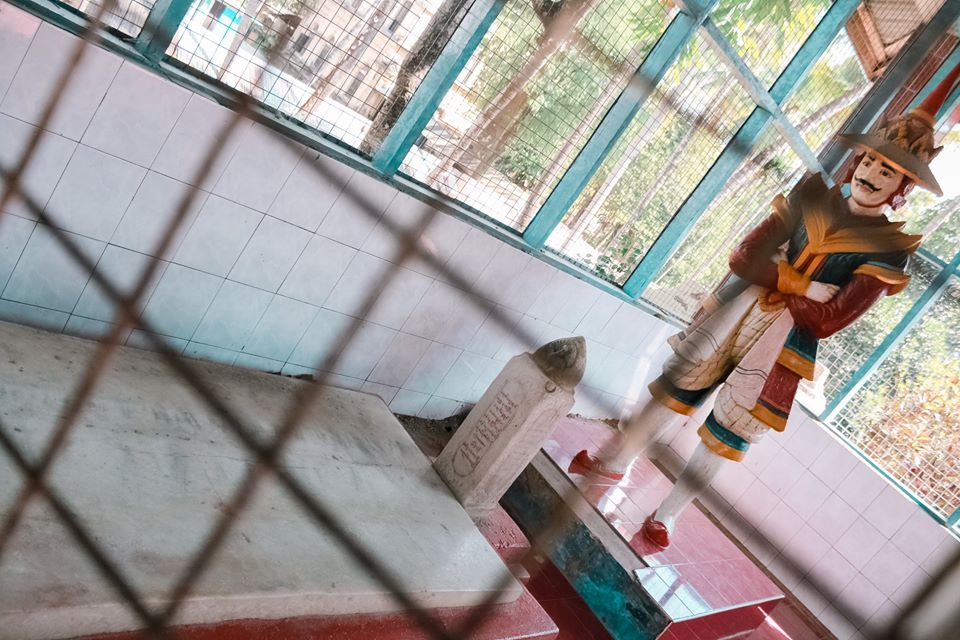 This place’s name stands for “sword from the north”.Mahar Bandula is a well-known general of Myanmar, but no many people even know the place where he was buried in. It is located at the Governmental Pali university compound along MyoYoe Street, which is also known as the city boundary. This aged monastery is also one of the most precious ancient heritage sites. There is also the Mahar Bandula park wherein the bronzed statue of the general stands beside it. 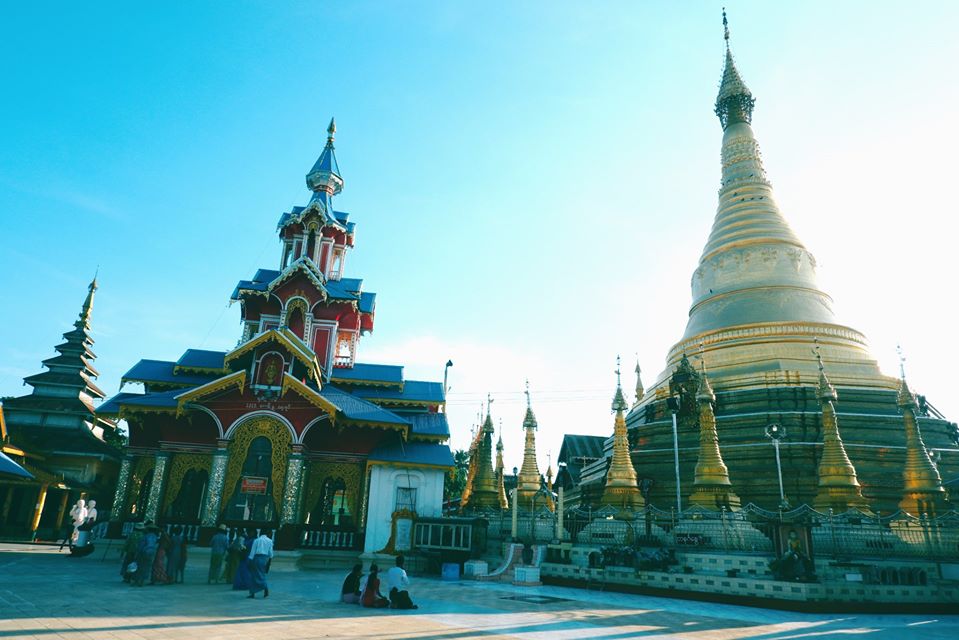 This pagoda is also included amongst the historic pagodas of Da Nu Phyu and represents the word, “pagoda from the south”. If you are coming from Yangon, follow the signboard on the right-hand side of the road and you will reach there. The way that the buildings and pagodas are constructed reflect the images of the ancient pagodas. There were so many dynasties who wanted to refine it, and among them was the queen of KingTha Mote Daya, who is also the most well-known. According to the writings on the banyan leaves enshrined within the ornamental umbrella of the pagoda, the city was named Da Nu Phyu since era of 927 in Myanmar. 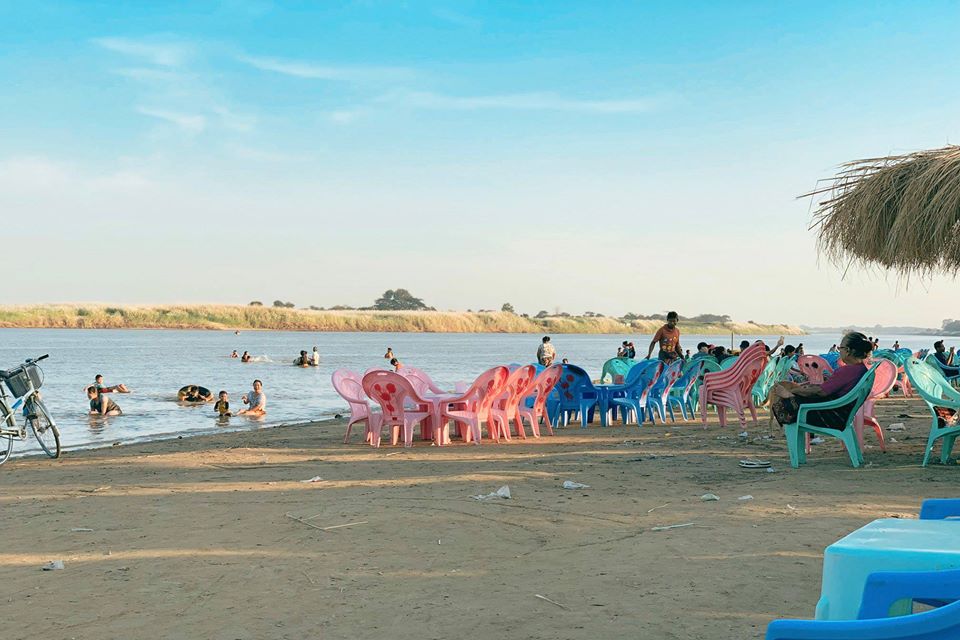 This was the place where we came to relax after visiting the pagodas. It is on the broad sandbank of the Ayeyarwady river where you can go tostraight from the east side of the Kyite Ka Lon Pon pagoda. It is not a proper beach as it is only the sandbank of a river, but it is a relaxing place after a day’s trip. You should go to the shallow end from the middle of the river. You can get there by boat after paying 500 MMK for a round trip. It is a fixed price for every boat, so you can choose any boat that you like. There is a photogenic spot that is full of floraalong the sandbank.

You can take a rest, play with water, and come back to Yangon when you get enough of it. I don’t want you guys to expect too much from it because it is not a proper beach like I said before. Every place has its own beauty and we should appreciate it, shouldn’t we? But one thing I can guarantee is that you will be satisfied with a road trip. It is called a beach but I wouldn’t think of it as a beach. Let’s just say having coconut drink besides Ayeyarwady river bank and the word, dragon from the east stands for Ayeyarwady river.If you are going on a day trip, leave as early as you can so that you can have time to visit many places. First, go to Za Lon pagoda and the beach at last. Come back around 5 in the evening if you want to be home early. Da Nu Phyu is about 2 to 3-hour drive away from Yangon.

As usual, I would like to mention to take care of precious places and be a responsible traveler. Don’t litter and make your environment clean wherever you go. I would like to ask for help to those who know more about the history of Da Nu Phyu to add more information in case I’ve mentioned wrong or not sufficient. I’ve written it with most of the knowledge I’ve learned from the history books.Last but not least, I would like to encourage you to give a hand in discovering many more historic places and cherish them for the heart of Myanmar.I hope you all have wonderful trips in the future. 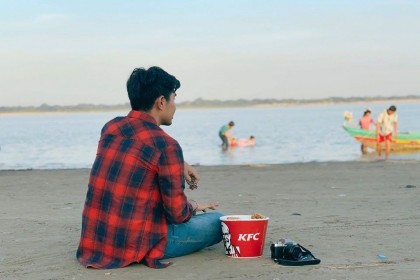