All you need to know about Myanmar!

Ask the random question to people what they think about first when they hear the name “Myanmar”, most of the answer will be the pagodas and temples. Of course yes Myanmar is considered as the Golden Land with around 85 percent of the population being Buddhist and heavily influenced by Theravada Buddhism. You can see thousands of golden pagodas throughout Myanmar.

All you need to know about Myanmar! 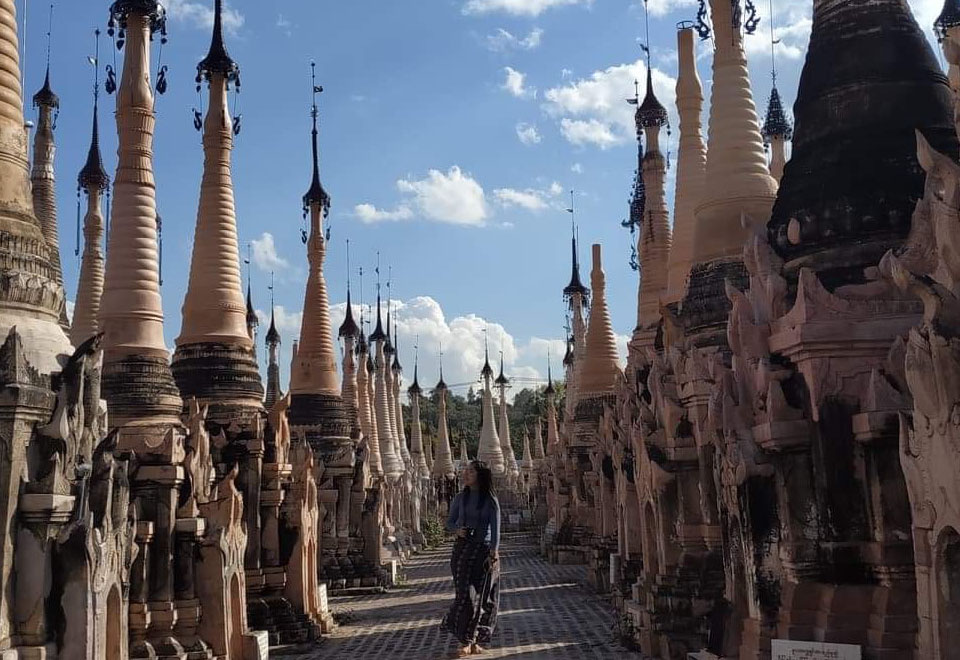 Ask the random question to people what they think about first when they hear the name “Myanmar”, most of the answer will be the pagodas and temples. Of course yes Myanmar is considered as the Golden Land with around 85 percent of the population being Buddhist and heavily influenced by Theravada Buddhism. You can see thousands of golden pagodas throughout Myanmar.

Is there anything Myanmar is popular for? 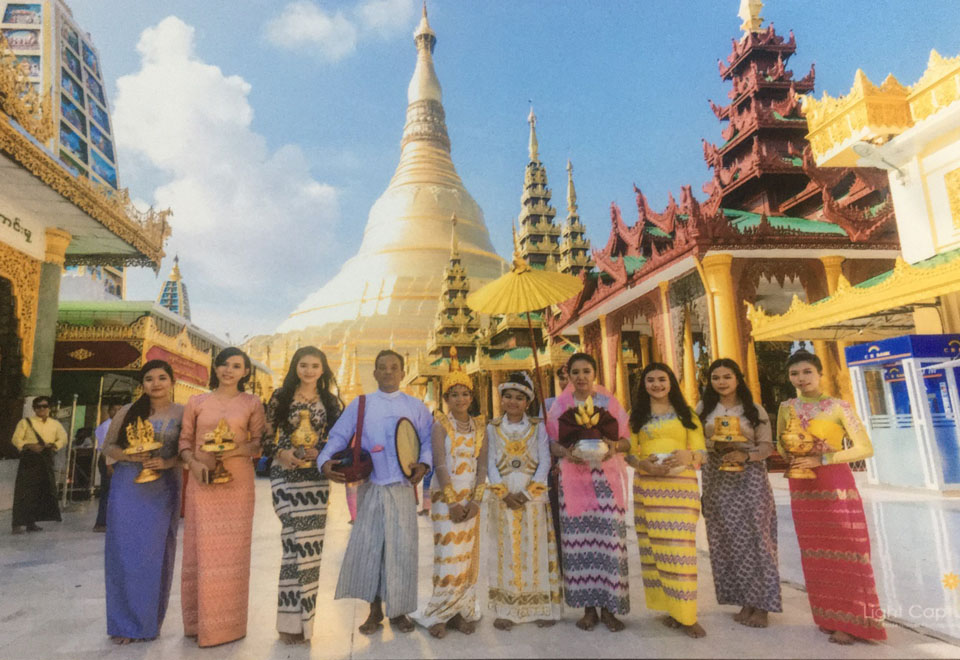 Very first place you have to go after landing in Yangon is the Shwedagon Pagoda. This is the most magnificent place of Yangon you must visit. As a signature of Golden land, Shwedagon pagoda is known as the most famous national landmark. In some auspicious occasions like Novitiation (Shin Byu), all the people wear nicely and come to pay respect to the Shwedagon Pagoda. 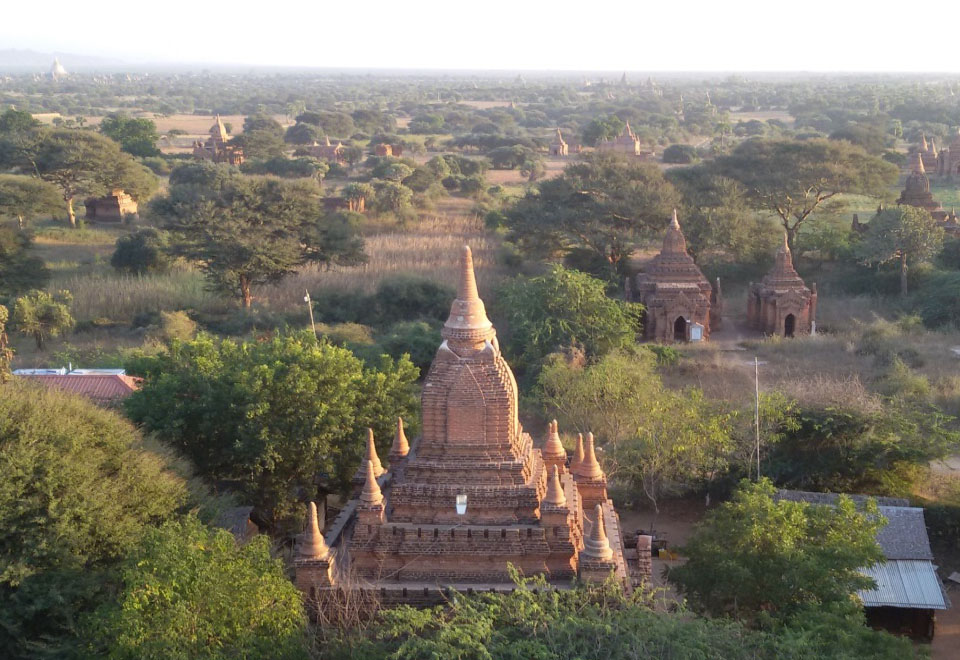 Particularly, the former kingdom Bagan (recently regarded as a UNESCO World Heritage site) is the major tourist attraction and become the main reason to come to Myanmar. Bagan, located in the Mandalay region of Myanmar flourished as a royal city. Also known as the heart of the great kingdom, it was founded in the early 2nd century. The buildings and pagodas were built both with wood and brick. But the wooden buildings have been destroyed and only the brick remains. There are about 2000 of pagodas and temples you can easily find. 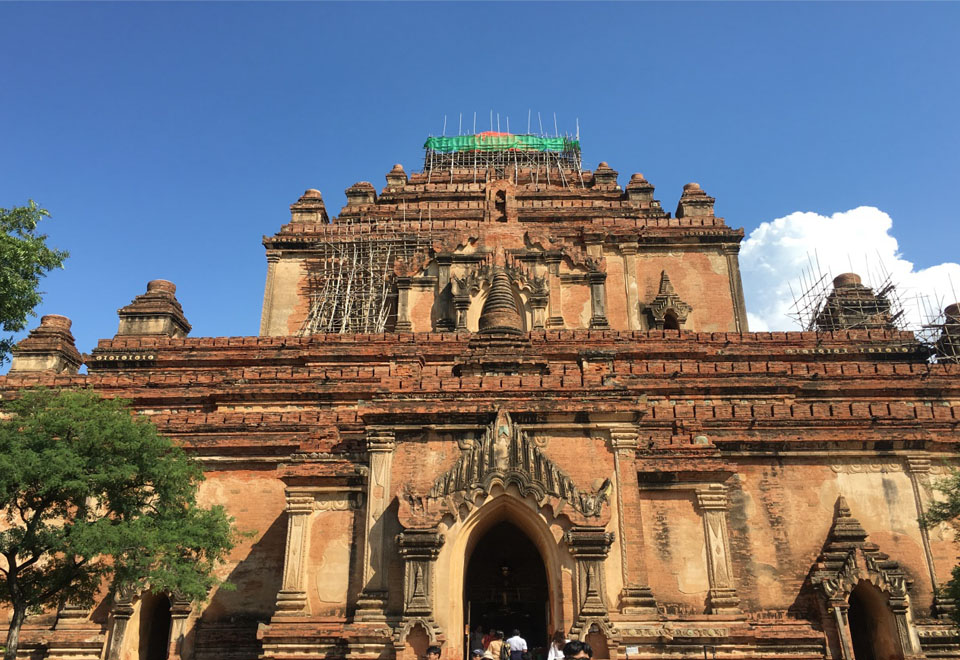 Some of Myanmar Architectural forms are derived from India. As Myanmar is a former British colony, you can see the colonial buildings along the strand Road mostly in the downtown area, and later found modern renovations and structures. If you want to see Myanmar architectural style, you can visit Bagan as I mentioned above. On the basis of the parallel development of culture, early style “Mon Style” and “Myanmar Style” of buildings are found there. 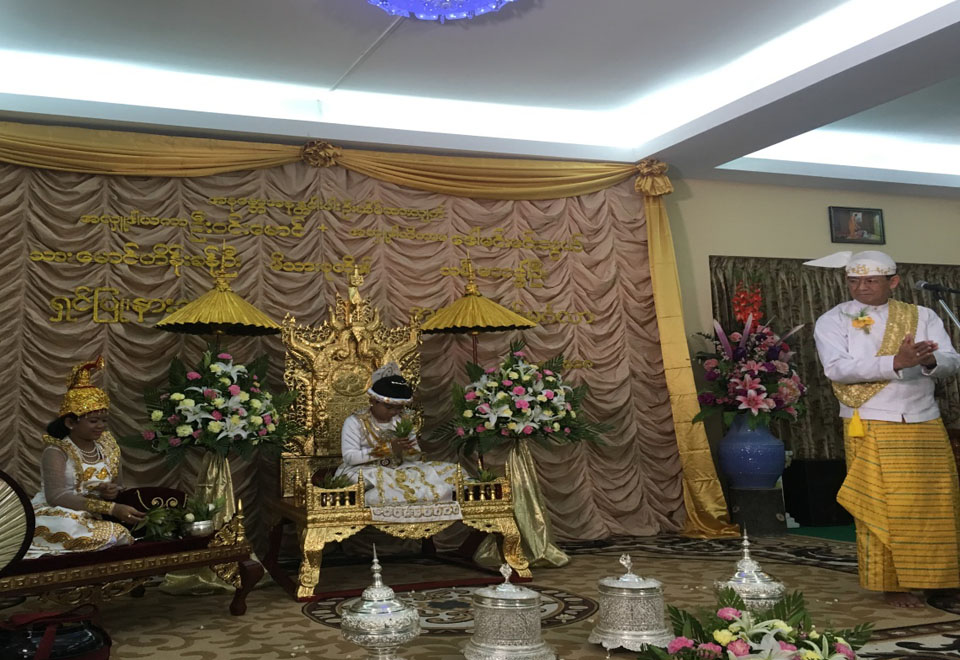 The country known as Myanmar is the union of over 100 national races and most of the culture and tradition are mainly influenced by Buddhism. Traditionally, masses of local people believe in Theravada Buddhism and they offer to the shrine and images of Buddha. They strongly believe “Do good deeds and good things will come to you”. As Buddhism is predominant, every man has experience of monastic life in a period in his lifetime. Myanmar people call it the religious ceremony of Novitiation (Shin Byu). You can see the boys wearing Burmese royal costumes and Myanmar orchestra band or musical troupe as an entertainment. Apart from Buddhism, you can also see other national groups celebrating their tradition and norms.

Myanmar is united with the eight major national races with 135 ethnic groups. Every single race and group has its tradition. Eight national races; Kachin, Kayah, Kayin, Chin, Bamar, Mon, Rakhine, Shan are altogether united by the Myanmar government. Bamar is the largest population.

As in all Asian cultures, people pay the greatest respect to the older one. Some Myanmar perceptions are not like western countries. Generally, Asians are easier to deal with Myanmar people than Westerners. I will mention some superstitions of Myanmar culture next.

In old Myanmar, men dominated women in several decades. The role of Man was more powerful and they took heavier tasks. Traditional women play the second role to their husbands and take the household tasks; taking care of children and their parents. But in this free and democratic age, social value is higher and the woman gets an equal role and tends to get more rights.

All the family members are living altogether very close and supportively. Not like other countries, children are supposed to live with parents till they got married. Father is the lord and rules the family. Mother usually dominates all the household things and closely takes care of kids. Children are taught to love and respect their parents. In some Myanmar family, an evening dinner with the family is a must. It still stands up a lovely culture.

What do people eat? 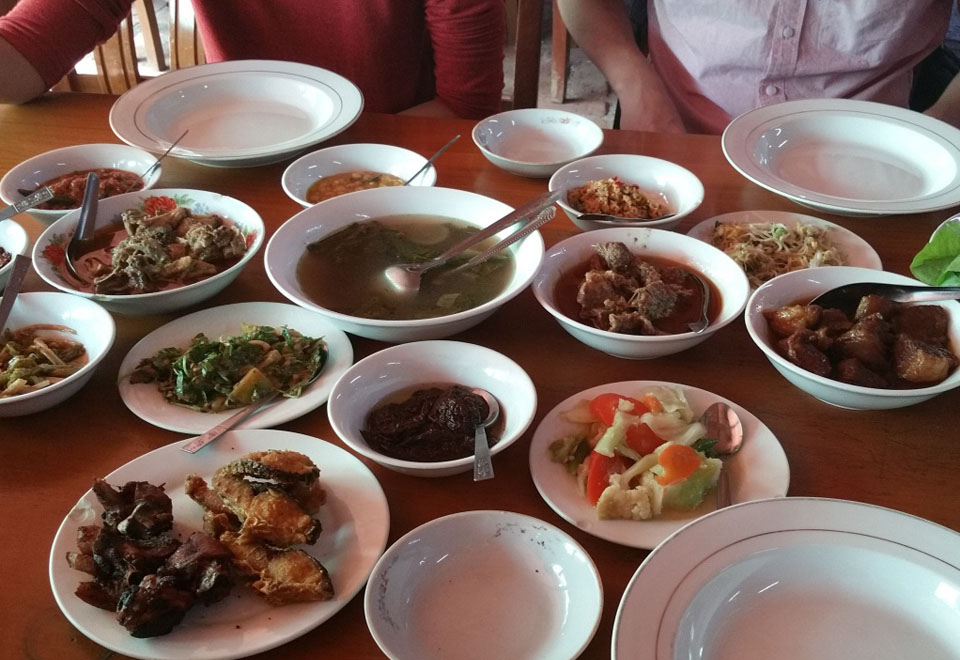 People mainly eat rice and curries. Typically, they have two main meals a day. Many people eat out and grab a quick snack as a breakfast and tea time. Easily find the tea shops in every town, city, and village. Foods are served with a pocket-friendly price. You can see some traditional snacks and dishes in MingalaGo articles.

You can find many groups of people doing yoga or aerobic along the bank of Inya Lake, Pyay Road, and mostly found in KandawGyi Lake and People’s Park. Getting the fresh air and landscaping you can start your healthy morning. If you don’t have enough time to hit the gym, you can freely join these groups. 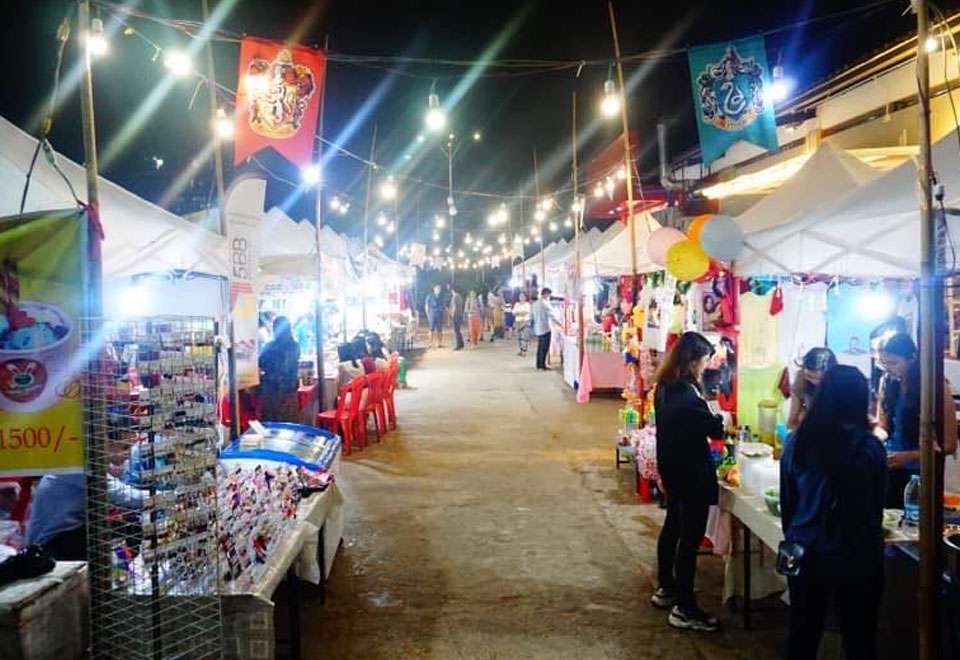 After a long working day, people go out with friends and their families. Yangon has the night market opening for special events or weekly fun markets. A variety of foods and clothing are sold. For the teenager, if you want to truly enjoy the nightlife 19th street is optional. Many bars and beer stations are allowed to open till late at night. 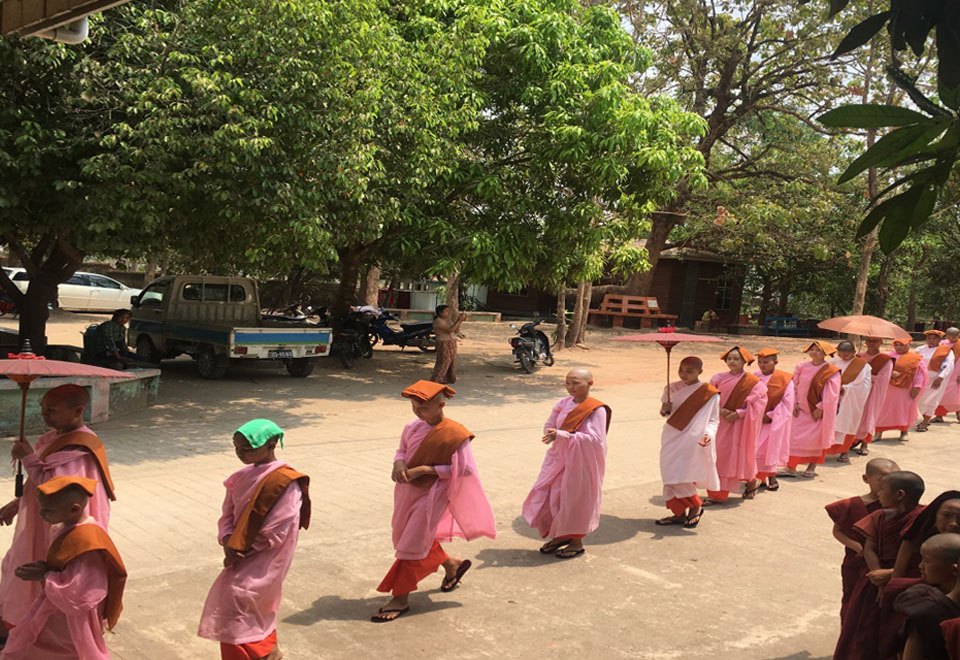 To explore Myanmar, some prohibited things are needed to know. Although social customs are flexible, there are some important basic manners. Wearing shoes and shorts are not allowed in all the religious places. It is rude to speak loud near the people worshipping in pagodas. Be careful when passing across a monk. Better bend your head or let him pass first. Never speak out loud when you visit monasteries.

All these factors mentioned above are the most common things to know about Myanmar.

Thank you for reading! 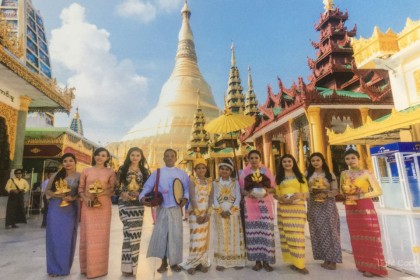